Day 2: Next day after a 1 am arrival in Gosport at the end of our first trip on Aditi (previously Surya) having rounded the Isle of Wight on the south side – Spinnaker Tower in the background as viewed from Haslar’s outer pontoon 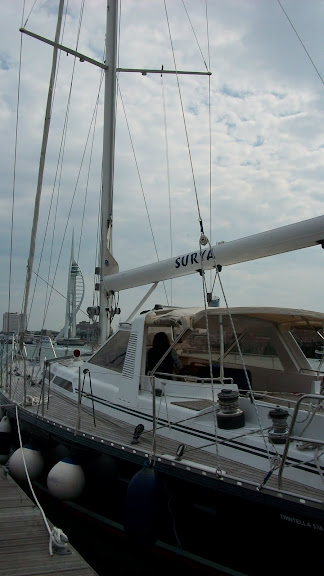 Heading south out of the Needles. Having found out how to manually draw fuel up from the tanks to the engine we cranked up about 15 litres which took a bit of pumping. Thankfully we were then able to sail which saved on the pulling & pushing of the brass pump. 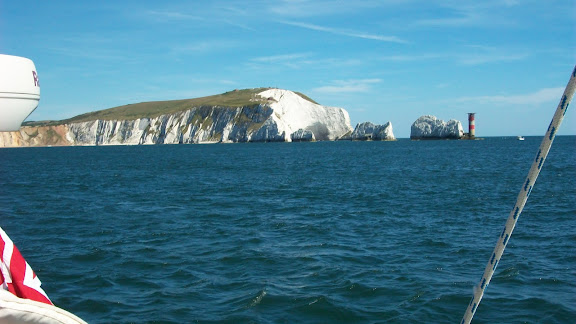 The very beginning; at this point we are about to cast off for the very first time with a F4 crosswind blowing straight across the berth – can we turn in time, will we swing before we go sufficiently astern, what will the windage on the bow be, how does it feel under power, what will the thrusters do and so on – we took it pretty slowly and edged our way out after thoroughly testing our gears which is something borne of experience. On our previous boat we cast off for the first time and found we had neutral only on a flowing river; since then we have always checked for transmission before letting go! 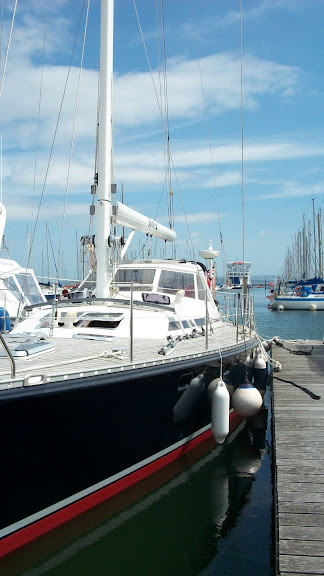