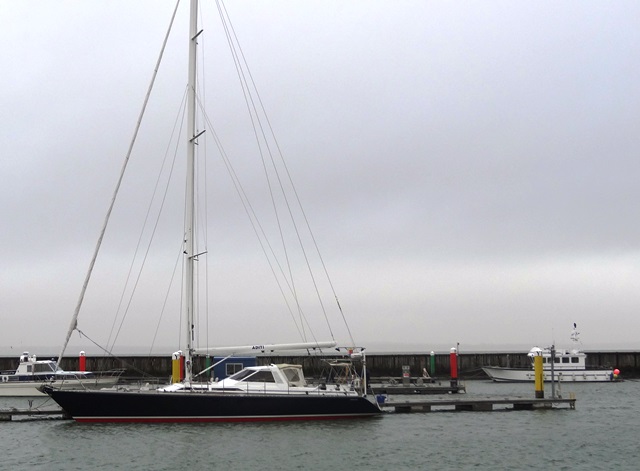 Not quite the sailor’s dream but here we are with the underside cleaned, anti-fouled, polished and coated in lanolin ready for immersion…in the English Channel…in January! We always have to admire the sheer brilliance of Trilux 33 in red; what a fantastic and vibrant colour it is. Almost a shame to drop it in the grey murk of the river.

With insufficient time allowed to check things thoroughly we launched into an oncoming SW gale and 35kn headwind. Having sat still for over a year a few contact switches were initially unsure that they wanted to participate in the new outing, and then there were the few that we had forgotten about in any case, so it was a case of proceed with caution. Fortunately we had to motor the few miles to Yarmouth for had we stopped the engine, as we found out later, the ageing start batteries would not have cranked over the engine a second time. Boosted by shore power they managed a cold start but not off normal regulator charging.

We planned not to re-commission the generator this season but have since decided that a backup power supply is worth having.

What’s interesting in ‘sailing out of season?’ Firstly there is nobody around other than the sailing schools UKSA and Sunsail who whizz around the Solent no matter what the weather. Then there are the never ending gales. We have been waiting for over a week to bend on the mainsail.

For a week we were unable to locate a yacht outside the Solent area but yesterday we found Challenger 3 off Land’s End, nothing in the Channel, and one Dutch tall rigger in the east North Sea. In terms of yacht’s it lonely out there at this time of year. 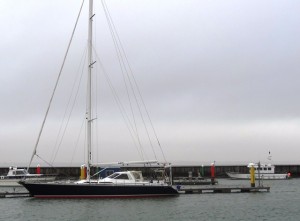 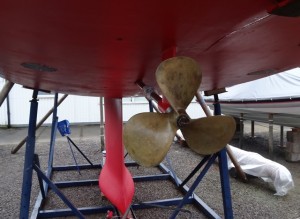 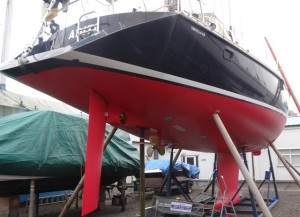 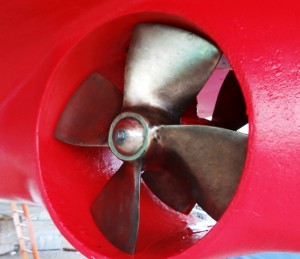